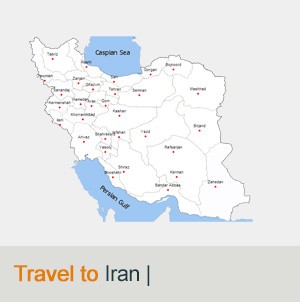 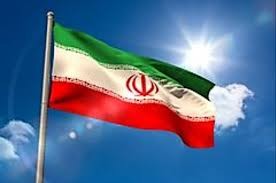 Political system: Islamic theocracy (since the Pahlavi monarchy was overthrown on Feb. 11, 1979)

The Islamic Republic of Iran, formerly known to outsiders as Persia, is one of the centers of ancient human civilization.  The name Iran comes from the word Aryanam, meaning "Land of the Aryans". Sited on the hinge between the Mediterranean world, Central Asia, and the Middle East, Iran has taken several turns as a superpower empire, and been overrun in turn by a number of invaders.
Iran is bordered on the north by Armenia, Azerbaijan, Turkmenistan, and the Caspian Sea; on the east by Afghanistan and Pakistan; on the south by the Gulf of Oman, the Strait of Hormuz, and the Persian Gulf; and on the west by Iraq and Turkey.

Physiographic Regions
Iran is dominated by a central plateau, which is about 1200 m (about 4000 ft) high and is mostly ringed by mountain chains. In the north, paralleling the southern shore of the Caspian Sea, are the Alburz Mountains. The highest peak in Iran, Mount Damavand (5604 m/18,386 ft), is part of this mountain system. The Caspian Sea, at 28 m (92 ft) below sea level, is the lowest point in Iran. Along the western border Zagros Mountains extend southeast to the region bordering the Persian Gulf. Mountains of lower elevation lie to the east of the central plateau. Except for the relatively fertile plateaus of the northern Iranian provinces of Azerbaijan, mountain soils are thin, heavily eroded, and infertile. The narrow Caspian coastal plain, in contrast, is covered with rich brown forest soil. The other generally flat area is the plain of Khuzestan in the west.Two great deserts extend over most territory of central Iran. The Dasht-e Lut is covered largely with sand and rocks, and the Dasht-e Kavir is covered mainly with salt. Both deserts are inhospitable and virtually uninhabited. In winter and spring small streams flow into the Dasht-e Kavir, creating little lakes and swamps. In other times of the year both deserts are extremely arid.

Rivers and Lakes
Most of Iran’s rivers flow only during part of the year, when precipitation is heavy. The country’s principal rivers flow off the mountains on the slopes facing the Caspian Sea, the Persian Gulf, or the Gulf of Oman. The Karun River, flowing from the Zagros Mountains to the Shatt al Arab at Khorramshahr, is the country’s main navigable river. Besides the Caspian Sea, Iran has few large lakes. Most shrink in size during the hot, dry summer and have a high salt content because they have no outlet to carry away the salt left when the water evaporates. The largest water body entirely within Iran is Lake Orumieh, located in the northwest of Iran.

Vegetation and Animal Life
On the semihumid plateaus of Iran, grass cover is used for grazing livestock. The Zagros Mountains have a semi humid forest cover dominated by oak, elm, pistachio, and walnut trees. On the seaward slopes of the Alburz Mountains and on the Caspian plain, vegetation is abundant. In these areas broadleaf deciduous trees such as ash, elm, oak, and beech flourish, along with some broadleaf evergreens, ferns, and shrubs. On the arid plateaus, scrub and cactus growth dominate. Iran has a wide variety of native wildlife including the rabbit, fox, wolf, hyena, jackal, leopard, deer, porcupine, ibex, bear, badger, weasel, and tiger. Pheasants and partridges are found inland; pelicans and flamingos breed along the Persian Gulf. Sturgeon, whitefish, and herring inhabit the Caspian Sea.